I have been in the Evangelical movement all my life.

I was raised Presbyterian and baptized as an infant. Then we became Baptist, and I got “Saved” at the age of 10 and was rebaptized in the Baptist Church. Then I had the Pentecostal experience of the “Baptism in the Holy Spirit” and spoke in tongues at age 13, and we got involved with the Word of Faith Prosperity Gospel Movement for about 8 years. Then we left that movement and joined a more mainstream Pentecostal Church. In the mid 90s, I attended an interdenominational Evangelical seminary. Later, I got involved in the Vineyard Movement for a couple of years. All of these various churches fall within the broad category of “Evangelicalism”

A Time of Deconstruction

But then I left church altogether for about 2 years. This was a time of intense “Deconstruction” in my faith. I questioned everything I was ever taught and believed. During this time out of church, I found my “spiritual community” in a 12-step program for Codependency. I reclaimed my relationship with God and detangled my understanding of God from church activity.

I realized that church had become an impediment to my relationship with God, and I needed to find God apart from church for a while. I felt that I should only go to church if I felt it was a catalyst for my Spiritual life and not a replacement for it.

When I finally felt ready to go back to church, I knew it couldn’t be the same kind of Conservative Evangelical church I had always been to. Instead, I began attending a nontraditional United Methodist Church. But in my heart, I still identified myself as “broadly Evangelical”, though my views had become much more moderate.

After “deconstructing” my faith, I then had to Reconstruct it and decide not just what I do not believe, but what I do believe.

I still consider myself an orthodox Christian, and I still hold to the historic Creeds and essential doctrines which have defined Christianity for 2,000 years, like the Trinity, the Deity and humanity of Christ, the Virgin Birth, the death and Resurrection of Christ, etc.

But I do not view everything in the Bible as necessarily being literally true. (See my views in the nature of the Bible in What is the Bible?) As we Methodists often say, “I take the Bible seriously, but not always literally.”

But as of about two years ago, I find myself increasingly uncomfortable identifying with the Evangelical Movement. 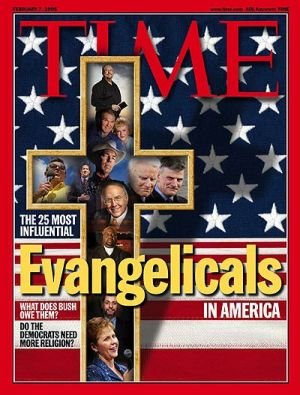 Evangelicalism started as a movement to preserve and defend the Historic orthodox Christian faith from the “Post Christian” theological Liberalism of the late 19th and early 20th Century.

But through the 20th Century into the 21st Century, the movement became fragmented and factionalized into countless smaller “Movements”. In their desire to engage modern culture with the Gospel in an attempt to be “relevant”, they lost touch with their roots, and forgot their History. Many segments of Modern Evangelicalism now are sliding away from orthodoxy into heresy.

They have largely abandoned their earlier concerns for the poor and the marginalized. The whole movement has become politicized and they have become corrupted by money and the pursuit of political power.

This was brought into stark relief to me in 2016.

(I hesitate to be political here, but it is an important part of this story and it cannot be told without a tiny bit of political commentary.)

I had been a Republican all my life. I had voted for every Republican candidate for President since I first became legal to vote in 1988.

But then I was presented with a man whose moral character was the exact opposite of everything a Christian is supposed to strive to be, and what we are supposed to look for in a leader. He was arrogant, crass, vulgar, insulting, braggadocios, flippant, mean, vindictive, he had had numerous affairs while married, and he had all but admitted to sexual assault and was accused of other sexual assaults on numerous women. He exaggerated and outright lied with impunity. And when he was caught in a lie, he doubled down and dared you to prove it. And when it was proved to be a lie, he just insulted you and continued to lie. He unsubtly appealed to racist sentiments as well.

He claimed to be a Christian, but it was clear he didn’t have the first clue what Christians believed. He demonstrated obvious lack of familiarity with the Bible, and claimed he had never done anything he needed to repent of. He claimed to be a Presbyterian, but was apparently unaware of their doctrine of Original Sin, which states that ALL people are sinners and must repent.

Then I read this,For people will be lovers of themselves, lovers of money, boasters, arrogant, abusive, disobedient to their parents, ungrateful, unholy, inhuman, implacable, slanderers, profligates, brutes, haters of good, treacherous, reckless, swollen with conceit, lovers of pleasure rather than lovers of God, holding to the outward form of godliness but denying its power. Avoid them! (2 Timothy 3:2-5)

I realized that Trump embodied every last one of these qualities.

As a Christian and as an American citizen, it is our responsibility to examine the character of those whom we are considering making our leader.

They don’t have to be perfect, but they do need to possess some fundamental character traits, such as honesty, integrity, basic morality (not perfect, but generally moral), principled, confident, yet also having humility, a sense of honor and duty to serve others rather than themselves. I don’t care if the person is a Christian or not as long as he possesses these qualities.

Let’s be frank. Trump possesses none of these qualities. Not a single one!

This is the kind of man, I thought, that I simply could not vote for in good conscience as a Christian. So I didn’t vote for him. But I felt the other major candidate was equally as dishonest and immoral, though less bombastic and more subtle about it.

My conscience wouldn’t let me vote for either of them, so I ended up voting for a third party candidate for the first time in my life. For me, it was less about politics and party than it was about morality and character.

But then I saw that 81% of those who identified themselves as Evangelicals voted for the man whose character was the opposite of everything they were supposed to stand for morally, except that he said was anti-abortion. Suddenly I realized that the whole Evangelical movement had sold it’s soul for political power. And it wasn’t even a “hold my nose and vote for the least bad option.” They were enthusiastic about their support for him. They liked his in-your-face, crass, vulgar braggadocio. They cheered his arrogance and shrugged off his lies and his immorality, and history of sexual misconduct, something they rightly reamed Bill Clinton for. They roared with approval when he whipped up racist stereotypes of immigrants. All because “he’s getting it done.”

Apparently, character only counts if it’s a Democrat. Apparently, these days morality and character matters less than political power to most Evangelicals. Politics above principle. Party before morality.

They have lost their way entirely.

I found myself horrified and disgusted with the Movement I had always been a part of. I realized then that whatever they had been to start with, they were off the rails and had left Historic orthodox Christianity–and me–behind.

Over the past 2 years, I have distanced myself from Evangelicalism. I have sought to redefine myself according to historic Christianity and align myself with the ideas and ideals taught by Christ, which includes not only Spiritual Rebirth, but also caring for the poor, sick, and marginalized.

I don’t seek to establish these things through politics, though. (See my post on Who Jesus Ain’t)

Over the past year, I have encountered the term “Exvangelical” to describe one who has left the Evangelical Movement. I guess this term describes me.

But I have not lost my faith in Christ. Far from it. I left Evangelicalism because I wanted to remain an orthodox Christian. I left it because en masse, the movement has become corrupted by money and politics. They have lost all moral integrity and no longer have any moral authority. I cannot align myself with what they stand for today.

So today I am Exvangelical. But still trying to be a faithful Christian.

4 thoughts on “No Longer Evangelical”

This site uses Akismet to reduce spam. Learn how your comment data is processed.